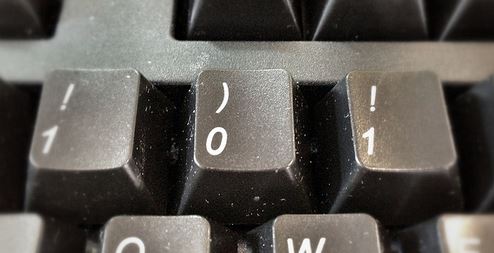 I never met Harry Stamps, and before I saw his obituary this week, I had never even heard of him.

Once I read about the colorful Mississippian, I felt like I knew him my entire life.

That’s the power of great writing and why Harry Stamp’s obituary ranks as one of the best all time. The key to being memorable and meaningful: it’s all in the details.

Did I pique your interest? Yea, I thought I might.

Harry was locally sourcing his food years before chefs in California starting using cilantro and arugula (both of which he hated). For his signature bacon and tomato sandwich, he procured 100% all white Bunny Bread from Georgia, Blue Plate mayonnaise from New Orleans, Sauer’s black pepper from Virginia, home grown tomatoes from outside Oxford, and Tennessee’s Benton bacon from his bacon-of-the-month subscription. As a point of pride, he purported to remember every meal he had eaten in his 80 years of life.

Wow. Incredible paragraph! Are you hungry yet?

Let’s break it down.

There are two objects in this phrase and five descriptors. The writer could have told us Harry liked a sandwich with bread and mayo.

Instead, we learn so much more. The bread is all-white, made by a specific company called Bunny Bread and it’s from Georgia. The mayonnaise is produced by Blue Plate and hails from Nawlins.

What a delicious sandwich! And, in turn, what a fascinating person to eat such particular foods.

He excelled at growing camellias, rebuilding houses after hurricanes, rocking, eradicating mole crickets from his front yard, composting pine needles, living within his means, outsmarting squirrels, never losing a game of competitive sickness, and reading any history book he could get his hands on.

Want more? Of course you do.

Harry took fashion cues from no one. His signature every day look was all his: a plain pocketed T-shirt designed by the fashion house Fruit of the Loom, his black-label elastic waist shorts worn above the navel and sold exclusively at the Sam’s on Highway 49, and a pair of old school Wallabees (who can even remember where he got those?) that were always paired with a grass-stained MSU baseball cap.

Again, tremendous use of language.

‘…plain pocketed T-shirt designed by the fashion house Fruit of the Loom..’ Vivid and tongue-in-cheek.

‘…grass-stained MSU baseball cap…’ Can’t you picture that in your mind?

When I finished reading the obituary and left my computer, the image of Harry’s MSU (Mississippi State) hat stuck with me. If the writer had only told me Harry liked to wear hats, I would have forgotten right away. ‘Grass-stained,’ ‘MSU’ and ‘baseball cap’ are impossible to erase.

There are thousands of new obituaries on the Web each day. Harry’s emerged from an inconspicuous funeral home Web site in Biloxi, MS to become one of the most read stories on Yahoo!

It’s no secret why that happened: Harry’s life is so darn interesting and compelling.

Everyone loves a good story. In this age of social media, retweets and Facebook shares, powerful stories get passed around. They just do.

At the end of the obituary, one final gem:

‘He particularly hated Day Light Saving Time, which he referred to as The Devil’s Time. It is not lost on his family that he died the very day that he would have had to spring his clock forward. This can only be viewed as his final protest.

…the family asks that in honor of Harry that you write your Congressman and ask for the repeal of Day Light Saving Time. Harry wanted everyone to get back on the Lord’s Time.’

What’s your favorite part of Harry’s obituary? There are so many to choose from!

As a Leader, How to Make Sure Everyone Has a Say

All voices from all corners.