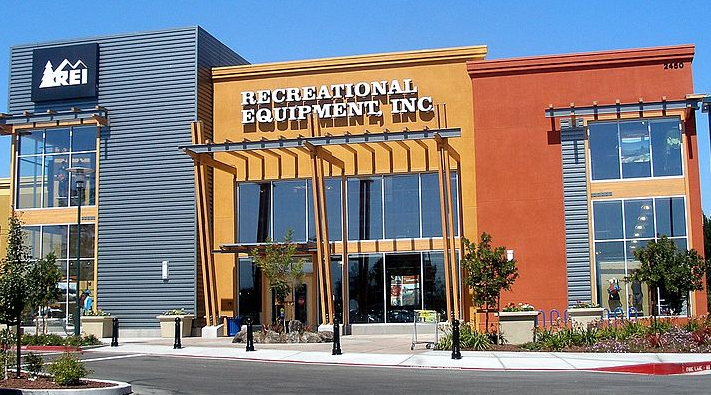 Sally Jewell’s path has been anything but ordinary, but this week the business executive arrived exactly where she hoped she would.

In the past, Jewell said that her dream job would be president of the United States (even though she was born in England and can’t run) so it’s no surprise that she jumped at the chance to serve as a member of cabinet. Her nomination is also proof positive that every job — even ones that seem random at the time — will play a role later in our lives.

The more unique our resumes, the more valuable we become.

From Oil to Outdoors to the White House

When Jewell became an engineer after college with Mobile Oil, did she already aspire to serve on a presidential cabinet? Of course not. Jewell probably took the job because it made the most sense at the time. Her degree is in mechanical engineering, and that’s the field she knew.

Sensing a lucrative opportunity, Jewell then went to Rainier Bank and valued energy assets as a commercial banker. She then spent 20 years in the banking industry.

Oil engineer. Commercial banker. The two may not seem to have much in common — yet.

In 2000, Jewell left banking to become COO and then CEO of REI, a large outdoor gear retailer with almost $2 billion in annual revenue. Along the way, she became vice chairman of the National Parks Conservation Association.

When the president needed an Interior Secretary, someone who understands natural resources, the economy, the outdoors and land preservation, he chose Jewell. Why? Her resume was too strong — and too diverse — to ignore.

We are the Sum of Our Parts

There’s nothing wrong with having career goals; all of us should be working towards something big in our future. Jewell’s ‘career journey,’ as she called it during her press conference on Wednesday, is a testament to the idea that every job we take helps to fully realize our potential.

Even if you don’t like your current job, what you’re learning will lead to the next opportunity and, hopefully, the one that will make you truly fulfilled.

No one, not even Jewell, knows how to go from Point A to Dream Job. There is no magic blueprint. All you can do is push yourself  at each stop and build a resume that isn’t random but ‘distinctive.’ Even if you work at the same company for a long time, it’s important to gain a range of skills.

That’s when you become incredibly appealing to an employer, whether it’s an HR manager or the president of the United States. At Wednesday’s press conference, Salazar made sure to praise Jewell’s ‘inextricable link between conservation and the economy,’ a blend of experiences few can claim, and that’s what made her stand out.

From oil engineer to cabinet secretary. For years, Jewell had a lofty goal to serve in the White House but probably didn’t always know how to get there.

Here’s one thing she did know: if you treat every opportunity as a chance to grow, your dream job may just find you.

Some will say the president chose Jewell because he needed to add a woman to his administration. Regardless, her track record speaks for itself.

What’s the worst job you ever had and what did you learn from the experience that helped you down the road?

You’re luckier than you think.

…and other deep thoughts on how management views Millennial screw-ups.

How to Keep Your Resume to One Page

It’s all about the bullet points.