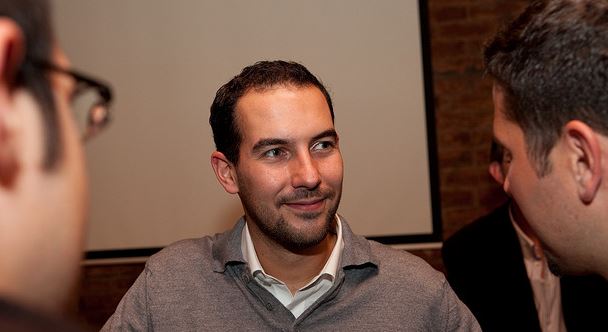 Whether you apply for a job that’s full time, part time or temporary, small details leave a big impression.

That’s because competition is tough, even for temporary and contract positions. The American Staffing Association (ASA) found staffing firms created 11,400 jobs in March 2015, up 5.3 percent from March 2014.

I spoke with Richard Wahlquist, the president and chief executive officer of the American Staffing Association, about what it takes to land a job, temporary or otherwise.

“Because many businesses are still coming out of the recession, owners are highly selective about who they bring on,” Wahlquist told me. “They want to make sure the person matches exactly what the company needs.”

– A resume should be one page and include active verbs (ex: “directed, “improved” and “achieved”)

– Your work experience should be in a clean, bulleted list

Go to the ASA website for job search tips and to find a staffing company in your area.

Here are 11 more small ways to make your mark in the business world.

Otherwise, a person has to say, “Oh, sorry. This is my friend Jenn. I should have introduced her already.”

Stick out your hand, say “Hi, I’m Jenn. Nice to meet you.” Then, you beam with confidence.

2. Ask a question based on your last conversation

When you run into someone you haven’t seen in a while, ask about something you recall from the last interaction.

“Hey, a few months ago you told me you were preparing for the big presentation at the national conference. How did it go?”

The person will feel like a million bucks. Maybe a billion.

More: The Six Most Powerful Words in Networking

It’s OK to let other people be right.

4. State your full name and purpose when you make a business phone call

Too many people call a company and say something like, “Hi, is Steve there?”

Then the person needs to respond with, “Can I tell Steve who’s calling?”

Prepare your intro before you dial the number. It’ll help.

Enough for the boss and anyone else you might meet. It looks impressive.

More: What a Young Professional Resume Should Look Like

6. Pick a follow-up question rather than launch into a “me” answer

The person says, “We just finished with the Lambert account. Boy, that was a tough one.”

Then you say, “Why was it tough?” and not “Yea, that reminds me of my own clients…”

Keep the focus on other people. Again, it’s impressive.

7. Update people on the status of your project — even if they don’t expect an update

Give people peace of mind, and they will respect you for it.

8. In the job interview, be curious about the employer’s own career

Before you dive into what you’re all about and the job you want, pose a question that shows you thought hard about the other person’s background.

For example, “I read that you worked for 11 years in marketing for a minor league baseball team. What are some of the craziest promotions you ever staged?”

More: 4 Questions Every Millennial Should Ask in a Job Interview

The one sentence that takes anyone from face in the crowd to bonafide leader.

10. When a person connects you to someone else via email, offer to drop them from the chain

After the introduction, the “connector” doesn’t need to hang around. So politely remove him/her.

Prove yourself. Earn your place.

And tomorrow, do it all again.

Do you think people should say “I don’t disagree”?

How to Use Google News to Dominate a Niche Topic

Major baseball players and their ‘roids have it all wrong. Here’s the smart (and legal) way to get stronger on the job.