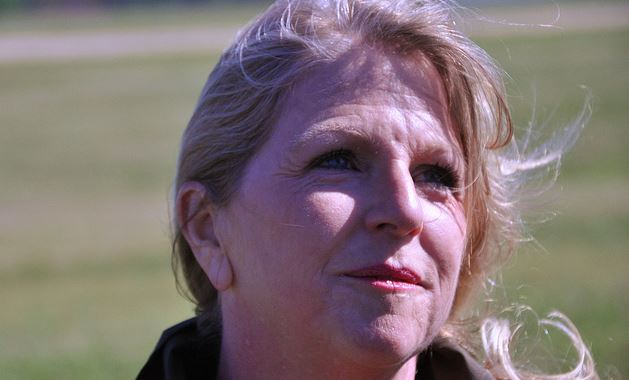 Maureen McDonnell could use a solid reference right about now.

Instead, the former first lady of Virginia is on trial for corruption alongside her husband, former Governor Bob McDonnell.

The two are accused of accepting gifts from Jonnie R. Williams Sr., a well-to-do businessman, in exchange for promoting Williams’ dietary supplement, Anatabloc.

During the trial so far, witnesses have called Maureen a “nutbag” and a “train wreck.” Jon Stewart even skewered her on “The Daily Show” (starts around 5:38 of this clip).

Oh, and this one: Who had the worst week in Washington? Maureen McDonnell

So many damaging testimonies Maureen could go without.

Your own character witnesses — reference letters  — also don’t do you any good.

They are predictable and useless in your job search.

The line below — or something similar — probably graces every one of your reference letters:

[callout]”I had the privilege of working with [YOUR NAME] and believe he/she is one of the most promising young people I have ever met.”[/callout]

Sorry to break it to you, but other applicants have nearly identical reference letters. That’s because everyone writes cookie-cutter endorsements full of flowery compliments but lacking in specifics.

The employer, in turn, reads letter after letter that looks and sounds the same. The bottom line: you, the reference person and the employer go through the motions but no one benefits. The silly little game needs to stop, and here’s how it can:

Ask the reference person to tell an actual story about you.

No one cares about your work ethic unless they understand HOW you work hard.

[quote]A short story about success on the job will impress an employer more than anything else.[/quote]

In your request, include this line:

[callout]”In your letter, it would be great if you reference a moment or situation where I proved myself or demonstrated my work ethic. The more specific, the better.”[/callout]

In fact, if you know the moment you want the person to discuss, flat out ask for it.

[callout]”For instance, you can write about the time I stayed at work until 11 pm to make sure we finished the project in time for the big presentation the next morning.”[/callout]

Suddenly, your reference letter is no longer a forgettable piece of paper. It’s a powerful document which relays a memorable story about your track record.

[callout]”I had the privilege of working with [YOUR NAME] and believe she is one of the most promising young people I have ever met. In fact let me tell you a short story about her. The day before a big presentation…”[/callout]

**That’s why your cover letter should also include a personal anecdote.**

Not only will employers read the “short story” reference letter — as opposed to skimming a boring one in five seconds — but it might even push your application to the top. Remember: the other job seekers provided flavorless, colorless recommendations.

You jump off the page with a career snapshot that speaks volumes about your character.

It’s the kind of testimony Maureen McDonnell, persona non grata in Virginia, can only dream about.

It’s the kind you should have in your arsenal right now.

Any more questions on reference letters?

How to Settle a Team Dispute

Why Leaders Should Write “We/Us” Instead of “I/Me”

You’re not the star of the show.