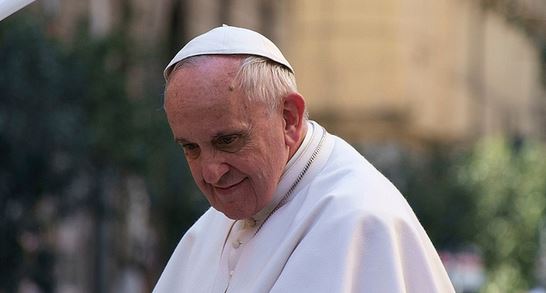 Leaders don’t bask in the spotlight. They prefer to let others shine.

Donna Crilley Farrell will be the first to tell you: she can’t do it all by herself.

As executive director of the World Meeting of Families, Farrell heads the organization’s much-anticipated conference in Philadelphia this September. The special guest? Pope Francis.

Farrell expects crowds of up to 1.5 million people over the weekend of September 25-27. The highlight will be a Sunday Mass outside the Philadelphia Museum of Art.

No way one person can handle a gathering of this size and scope.

By now, Farrell must have mastered the art of delegating, a critical leadership quality. Rather than control every aspect of the Pope’s visit, Farrell has put her faith (no pun intended) in others to make the weekend a success. In doing so, she elevates her reputation because she allows people to improve their own leadership and organizational skills.

Are you a “rising star” at your job or an organization outside of work? To cement your “leader” status, use this email template and let others show what they can do.

Leaders don’t bask in the spotlight. They prefer to let others shine. [TWEET]

Better yet, tell people in a face-to-face conversation you want them to “step up.” It’ll mean the world.

Thanks for all of your efforts so far with/at [name of company/organization]. You’ve been a huge help as we [however the person pitched in and be specific; for instance, “worked the phones during our recent pledge drive. You were relentless as you called donor after donor”].

I think you would be great as [the role or position you want the person to fill; for instance, “our new vice president of fundraising. We have elections coming up in October, and I’d like to nominate you”].

I know you’ll bring passion to the job and would be committed to the cause. Think about the opportunity, and let me know if you want to talk further.

A couple of key points about the email template:

1. Reference exactly how the person impressed you (ex: “worked the phones during our recent pledge drive”). It makes your request more sincere.

2. Use the line “I think you would be great…” If you’re a leader in the company/organization, it would mean so much for others to know you admire their work ethic.

More: A Smarter Way to Connect with People on LinkedIn

Farrell told CBS: “As you may have heard, we will [be] doubling the population of Philadelphia on the weekend of September 26th and 27th.”

Then let the delegating begin.

What’s the most important quality of a great leader?

3 Emails That Could Change Your Career

Press “Send” and put your life in motion.

Move one sentence and change your entire message.

How to Write the 7 Most Awkward Job-Related Emails