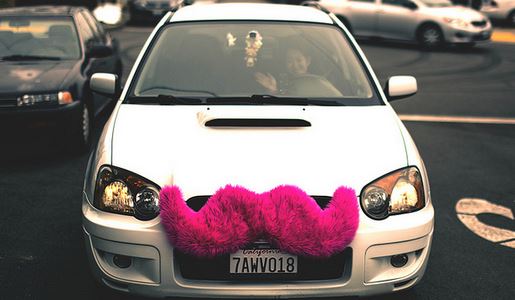 One false move and you’re the laughingstock on the internet.

People pull their cars up to the curb and right away someone else tries to climb inside — accidentally thinking the driver works for Uber or Lyft.

Gawker reported on the trend but in a voice we’ve come to expect from our favorite “news” sources: a bit snarky and with a “how the hell could you do that?” tone. They reference several tweets in which people deride others for, innocently, opening the wrong car door. 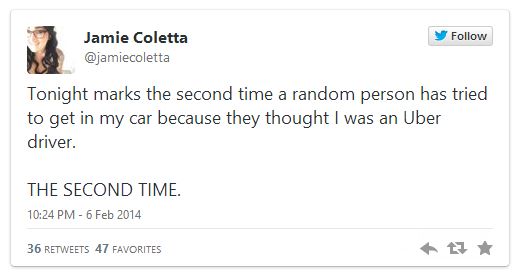 Meanwhile, I’m sure some of the people doing the mocking have made the same Uber/Lyft error themselves.

But that doesn’t stop us from picking on each another. One false move and we become the next viral sensation joke-fest — even if we try to do the right thing.

Millennials are constantly wary of being “called out” in person or online. That’s why we will never say these nine sentences.

Sure, plenty of your friends aren’t tweeting either, but it’s insane to tell someone that you, a red-blooded 24 year old, don’t have a profile on the social media site.

Instead, you stammer something like “Yea, I’ve been on Twitter a few times, but I need do it more.”

And then you don’t. Because you don’t want to. And so what.

What? A millennial prepared to stick it out with the same company?

Shouldn’t you be exploring the 4,000 places you need to see before you die?

No. You like your job. It’s meaningful work and there’s no reason to run from it — or lie about how you feel.

Blasphemy! Truth be told, plenty of young people don’t totally “get it” either. Otherwise, they would use it.

But you wouldn’t dare tell your friends you can’t figure out a Google product.

Oh, NOW you did it. You freely admitted you haven’t binge-watched the show everyone is talking about.

Most millennials would lie about pop culture — even if they looked ridiculous in the process.

Minute after minute, you glance at the screen like an involuntary reflex.

If you could, you’d give in and say you have a problem. But you don’t. Because you can’t.

Because then other millennials will laugh at you…and then proceed to check their own iPhones for the 48th time that morning.

…except you’re not. You can’t go dark or even flirt openly with the idea. It’s social suicide!

*Sigh* Back to the News Feed you go…

7. “I don’t know how to talk about myself in a job interview.”

So you don’t ask for advice. You wing it and hope the words spill out OK.

You’re 27 years old for crying out loud! You can’t seek help — you should know how to explain yourself.

Except summarizing your career is really hard to do, and you’re normal to want an outside opinion.

You have FOMO. Possibly even FOMO of the mouth.

[quote]FOMO of the mouth (noun): when you drool uncontrollably at the idea of your friends eating at the new locavore-inspired bistro without you.[/quote]

So you check Instagram incessantly for the group photos of endless mimosas and bananas foster french toast. And you think about all the new inside jokes and hashtags being formed at the table.

And it kills you.

9. “It’s exhausting to keep up with modern technology.”

Texting, tweeting, email, apps, social media…millennials are swimming in information but drowning at the same time.

[quote]We are swimming in information but drowning at the same time.[/quote]

Still, we continue at breakneck speed and, yes, sometimes climb into cars we mistakenly think are from Uber.

It’s a clear sign the pace of progress moves faster than we do. And that we’re all here on this earth trying to keep up and figure it out.

You, me and the editors at Gawker.

Maybe one day we’ll be big enough to admit it.

So…what do you want to admit?

Spill it on the page, and let’s find some answers. No judging, I promise.

6 Most Powerful Words in Networking

Want to speak volumes about your character? Don’t talk.

Everything I Know I Learned on the First Day of School

The Millennial generation wouldn’t be who we are without that very first day.

The Reason South Park is So Popular (And No, It’s Not Cartman)

The importance of being efficient.