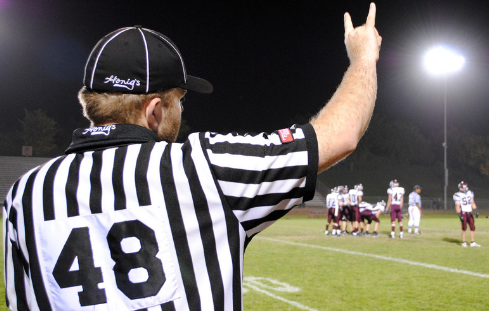 A quick pointer on your Sunday:

Over the past 12 months (since I first published my book), I have learned a valuable lesson: to play the game, you need to know the rules.

Case in point: my efforts to bring my book to retail. I began by pitching stores myself only to find that’s not the way it works. How did I know? Um, a woman in sales at a large retailer said basically, “Stop emailing me. We don’t work directly with authors.”

So I stepped back and asked people in the biz how books make it to store shelves. That’s when I found out I need to go through a book distributor. I worked hard, found a distributor and now we’re in conversation to take the book to several retailers over the next six months.

Learn the rules and then you can play the game.

Are you running into walls in your own career? Ask yourself: do I understand the world in which I operate? A full education will go a long way.

The newest member of Obama’s cabinet finally landed her dream job — and luck had nothing to do with it.

How to Write the Perfect LinkedIn Profile Summary

Step-by-step instructions on how to say a lot with a little.

Do You Know Your Resale Value?

Kelley Blue Book just unveiled its 2013 pricing guide. What are you worth?