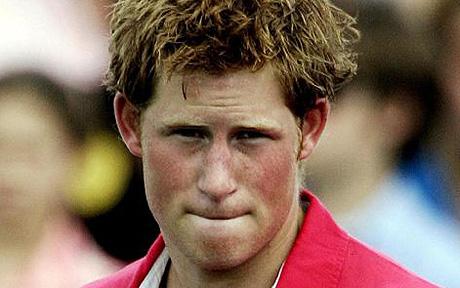 Prince Harry was born in 1984. And that’s about the only thing he and I have in common.

His life is the stuff of fairy tales, and he lives a pristine royal existence that’s exalted by millions around the world.

So how can we explain Harry’s latest PR disaster? You know, the one where the prince was captured in nude photos while partying at a Las Vegas hotel.

Easy. As the second son of Prince Charles and the late Princess Diana — and third in line to the throne — Harry is in a dead-end job and doesn’t always take it seriously.

Come to think of it, maybe Harry isn’t so different from the rest of us. A job that offers little growth and saps your desire to work hard? Who hasn’t been there?

In that situation, you could either quit or drift through each day without giving 100%.

The more tactical decision is to buckle down despite the circumstances. Then, you can open doors you never thought possible.

What’s a third-in-line to do? For Prince Harry, so far it’s been a few meaningful tasks — like serving in Afghanistan — and plenty of partying.

Instead of goofing off around the globe, Harry should be learning the ways of the British monarchy. Those skills will make him a great leader and world figure even if he’s never king.

Same goes for your own ‘dead-end’ job. It’s foolish not to apply yourself because you see no way to advance. The irony is that working really hard at the frustrating job is the best way to find a newer, better one. Then, you acquire a range of skills and beef up your resume.

Or maybe, just maybe your infuriating boss notices the extra effort and begins to see a larger role for you at the company.

And voila! You turned a negative into a positive, and you never once had to go here.

Harry is an international celebrity, but his problems are very much like ours. He likely feels stuck in a pointless situation and has decided to waste time rather than hunker down and commit himself to improving.

Strip billiards sounds like a fabulous game, but it won’t really get you anywhere — except here.

So here’s the royal truth: a job can only be a ‘dead-end’ if you let it.

4 Crucial Job Skills We Can All Learn from NY Fashion Week (Yep, Even Guys)

It’s not about the clothes. It’s about the presentation.

Why No One Wants to Hire You

You sell yourself all wrong.

What a Graduate School Personal Statement Should Look Like

How to impress the folks in higher education.