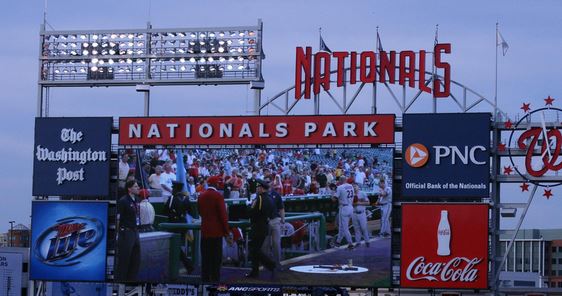 Leave it to a power outage to shed light on an all-too-common writing mistake.

Here’s the situation. On July 17, the Washington Nationals and Los Angeles Dodgers attempted to play a baseball game. After three power outages delayed the game over two hours, league officials chose to suspend the action and resume play the following day. (The Nationals ultimately won the game 5-3.)

After the game was postponed, Nationals pitcher Jordan Zimmermann told the Associated Press, “I’ve never seen anything like it before.”

Then another Nationals player jumped on Twitter and did something I have seen before. Many times, actually.

“My bad everybody..I knew I shouldn’t of used that blow dryer before the game! #shortage“

Look, I get it. When spoken, the two words sound like “shouldn’t of.” But spelling a word based on how it sounds? Nope, doesn’t work that way. The word “tough” isn’t written as “tuff.” Same goes for “enough” — it’s not spelled “enuf” even though the combination of letters makes us pronounce it the same.

Maybe we thought it was “shouldn’t of” back in grade school and never corrected the mistake? That’s my best guess. But thanks to a major-league power outage, we’re now presented with a bright idea: eliminate “shouldn’t of” once and for all.

“My bad everybody..I know I shouldn’t have used that blow dryer before the game! #shortage”

In the business world, a grammatical mistake is a costly error.

And you know how much ballplayers hate to make those.

Thanks for the English lesson, Nats. Game on!

Have other writing questions?

9 Worst Items to Put on Your Resume

#7 should be obvious by now.

Do you make any of them?