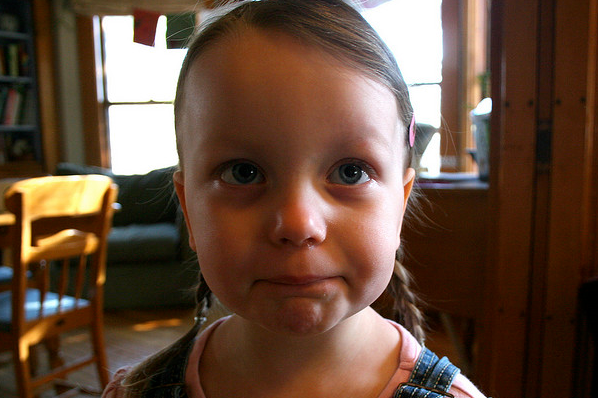 The ‘fiscal cliff’ is another golden opportunity for the president and Congress to make a deal on our economy, a ‘Grand Bargain‘ as some are calling it. But will our elected leaders actually reach a compromise?

For a moment, let’s play pretend. We’re all three-year-olds pestering Republicans and Democrats with the one question all toddlers love to ask.

Maybe then we’ll finally get the root of our problems.

Democrats: Well, it’s complicated. Democrats want to raise revenue through new taxes, particularly on the wealthiest people in our country.

Republicans: We think the answer lies in reduced spending, specifically on many of our entitlement programs like Medicare and Social Security.

Both: If we don’t make necessary changes to our economy, we may go off the ‘fiscal cliff,’ which is a situation neither party wants.

Republicans: (becoming agitated) At the end of 2012, the Bush-era tax cuts will expire for millions of Americans, and billions of dollars in spending cuts will take effect. Some economists think the result could be an automatic recession.

Republicans: (perturbed) Look, we all want a end to this fiscal crisis. But there are just some things — like tax increases — that are off the table.

Democrats: Agreed. We also can’t mess with our entitlement system.

Both: Americans have come to expect a certain way of life when it comes to taxes and spending. If we make drastic changes to the status quo, it could cause problems.

Republicans: My constituents would not want to see me cave on tax increases.

Democrats: And my constituents would go crazy if I agree to entitlement reform.

Democrats: (fidgeting in their chairs) Well…because then voters would accuse me of cutting into programs they hold dear.

Republicans: Me too. I know our nation needs comprehensive deficit reduction, but tax increases are not in our best interest.

Republicans: Because…(heavy sigh), then I may have a really hard time getting reelected.

Democrats: Same here. It’s much easier giving people what they want rather than take an unpopular stance, even if it’s the right thing to do.

Both: (smugly) This way, we all get to stay in office and enjoy the fruits of power without actually solving our country’s most pressing issues.

Well, why didn’t you say so in the first place?

As we approach the dreaded ‘fiscal cliff,’ demand that our elected leaders risk their own political careers to find a solution. The stakes are too high for anything less.

This message brought to you by Toddlers for Crossroads USA Priorities GPS.

The power of personal connections.

How to Network on a Plane

Take off the headphones and boost your career.

Why Every Leader Should be a Name-Dropper

Show the love to those who deserve it.