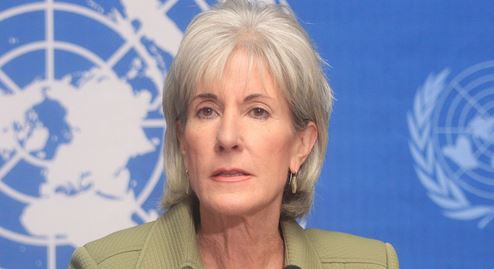 Secretary of Health and Human Services Kathleen Sebelius is having the worst week ever.

There are 10 errors throughout this column. Some are factual mistakes and others are grammatical. See how well you can spot the slip-ups. Hint: all names are spelled correctly. Hopefully, this little quiz will remind us to never overlook fine details, especially on a sensitive work project.

Before health care reform even went into effect on September 1, President Obama had an army of Republican critics trying to bring it down. Remember Sen. Ted Cruz’s mammoth 21-hour speech in which he railed against Obamacare (and read Dr. Seuss)? How about the creepy Gen Y effort to encourage people our age to ‘opt out’?

With such fierce opposition,the White House had to make sure it introduced healthcare.gov, where millions of Americans would buy health insurance, without a hitch.

Well, so much for that.

Nearly a month into Obamacare, the health insurance web site is an unequivocal disaster. There are bugs, glitches, freeze-ups, lockouts and enough “while you wait” spinning wheels to send us into a hpynotic trance. 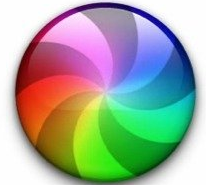 Think the GOP is enjoying the view?

Here’s a morsel from CNN:

“At a time when we can do everything from ordering a pizza, flowers or airline tickets, or banking and paying bills, they expect the same reliable service from healthcare.gov – and it’s still not ready for primetime,” Rep. Fred Upton, R-Michigan, said.

Obama has said the glitches are “unacceptable,” and Treasury Secretary Jack Lew claims “there’s no one more frustrated than the president.”

Unfortunately, that may not be true. This week, Secratary of Health and Human Services Kathleen Sebelius will appear at hearings on Capitol Hill to explain the web fiasco (and fidget uncomfortably in her seat). Rep. Darrell Issa says Sebelius either needs to fix health-care.gov or resign.

So what the  heck happened? How did we  get here?

One administration official is quoted as saying “Due to a compressed time frame, the system wasn’t tested enough.” Now one specialist believes as many as five million lines of software code may need to be rewritten.

5,000,000. That’s a lot of words and numbers to create an online Health Care marketplace. Quite literally, there were millions of ways it could go wrong. That’s why as projects grow in size and scope, the little things matter even more. One tiny eror could ruin the entire project, and suddenly we can become a “laughingstock” with our job in question.

The president tapped Jeff Zients, a White House economic adviser, to oversee repair efforts to healthcare.gov. Zients’ prediction: the site will be fixed at the end of November.

Oof. That’s not soon at all.

Imagine if the White House had sweated the small stuff all along.. Then, government officials would have made certain healthcare.gov could seamlessly handle hundreds of thousands of people at once.

If you’re going to work hard, you might as well be smart about it. Healthcare.gov is a reminder to check, check and then re-check our work before “pushing it live.”

Sorry, Ms. Sebelius, but your in for a rough month. November 30th is no time soon.

Did you catch all 10 mistakes?

1. “Before health care reform even went into effect on September 1…”

2. “With such fierce opposition,the White House…”

Need a space between the comma and the word “the.”

4. “Secratary of Health and Human Services…”

The word should be spelled “Secretary.”

5. “needs to fix health-care.gov or resign.”

The site is healthcare.gov with no dash in the middle.

There are extra spaces before “heck” and “get.”

Health care is not capitalized unless it’s a proper name. Here’s a deeper explanation.

9. “had sweated the small stuff all along..”

An extra period at the end of the sentence.

Move one sentence and change your entire message.

It’s all about the right keywords.

How to Build a Professional Network in a New City