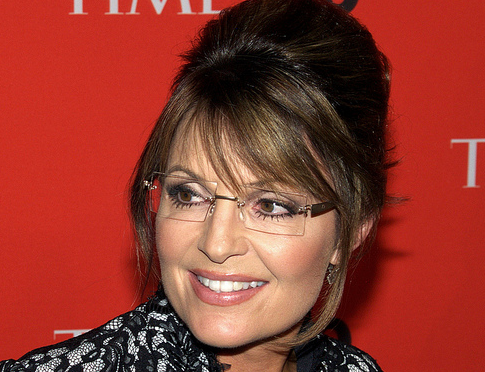 Did you notice that it’s been a while since we heard from Sarah Palin?

The former governor and VP nominee appeared on Fox News this past December but had not resurfaced on the network in over a month.

Now, we know why.

Over the weekend, several sources reported that Palin and Fox news have decided to part ways. When Fox News hired Palin back in 2010, the cable giant paid her $1 million a year. The mood sure has changed because in a statement this week, Fox only had this to say: “We wish her the best.”

There’s plenty of talk about why Palin left Fox, what it means for American politics and where she might go next.

Sarah Palin didn’t negotiate a new contract with Fox News, as the two sides recently walked away from a once lucrative relationship. When it’s your turn to negotiate a contract, do you know what to do?

Palin’s exit from Fox News brings up another interesting conversation: do you understand contract negotiations — and how to do it well?

Palin might not sign on the dotted line any time soon, but what if you do? Whether you’re finalizing a deal with a client or securing a place at your company, here are several tips from around the Web to help you get what you deserve.

How to Handle Contract Negotiations

‘The best way to establish terms in a contract is to put each item in writing and have the other person edit what you have done.’

2. Contract Negotiations: If you’re negotiating with a client

‘Research the client before you begin negotiating with them. Though you may have limited visibility, you can’t go in blind. If you are going to sign on for their project, you need to know they are trustworthy.’

3. Contract Negotiations: How should you act?

‘The modern approach to contract negotiation was pioneered at Harvard University by Roger Fisher and William Ury, authors of the classic, Getting to Yes. These authors say that a collaborative negotiation without big emotional displays is most likely to achieve the optimum results. Anger and similar emotions tend to cloud judgment, create competition, discourage mutually beneficial outcomes, and sometimes result in a retaliatory approach to problem-solving.’

4. Contract Negotiations: What if you’re a freelancer?

‘Don’t try to beat your client at the negotiating game. Negotiations don’t have to be a win-lose situation. If you can come to a mutually beneficial agreement, you’re more likely to have a long-term client at the end of the day. That doesn’t mean that you should give up ground, of course — don’t let your client ride roughshod over you.’

5. Contract Negotiations: Never negotiate against yourself

‘If you make an offer, and the other party refuses, always wait for a counteroffer. Never say, “$5000? No? Ok, how about $4000?” It’s impossible to win when you bid against yourself…Whenever you are turned down, always wait to get a counteroffer first. A corollary to this rule is that you should always attempt to get the other party to name a figure first whenever numbers are concerned.’

Did you like Sarah Palin on Fox? Are you happy to see her go? Where do you think she’ll land next? White House in 2016? Could happen…

How to Organize Facebook Photos to Boost Your Career

If we treat our best photos as an extension of our resume, it could be a game-changer in the job market.

The Networking Email That Works Every Time

Use this simple phrase, and you’ll win anyone’s attention.