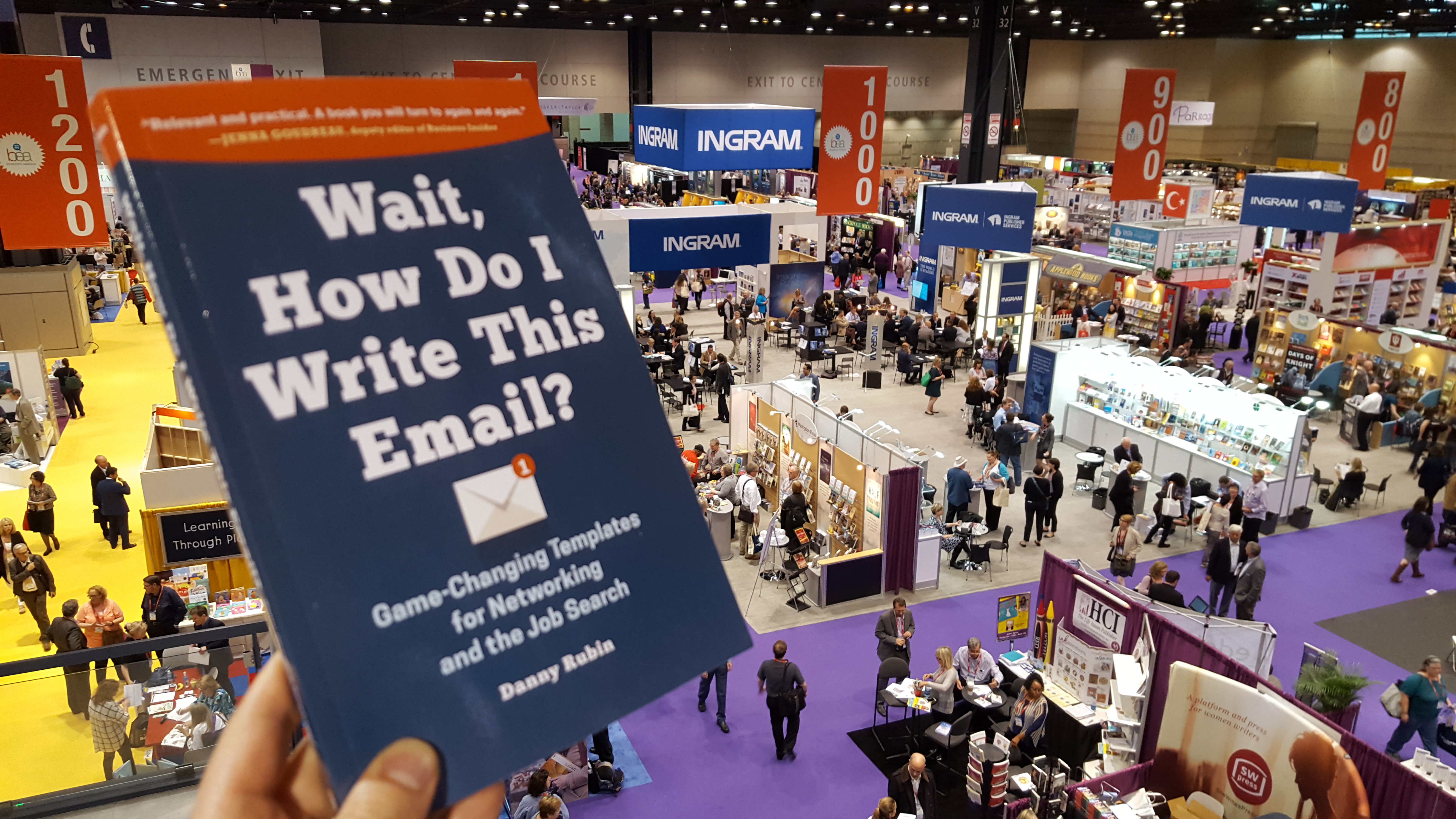 This week, all the headlines about the National Rifle Association’s (NRA) annual convention focused on — surprise, surprise — Donald Trump. The NRA officially endorsed Trump for president, and the presumptive Republican nominee gave a rousing speech and vowed he would “save our Second Amendment.”

Now that Trump’s big NRA moment has passed, what’s the left for convention goers to do? Many people likely attend because they have a business interest in the sale of guns, ammunition and ancillary products/services. That means the NRA convention — like most other conferences and trade shows — is a chance to roam the exhibitor floor and learn about the latest in the industry.

Here’s the thing — exhibitor areas are overwhelming. Look at the number of booths at the NRA convention. The list goes on and on and…if you step onto the floor without a plan, you could squander the opportunity to make the right contacts and grow your business.

To make the most of a conference or trade show, do what I did in May 2016 at Book Expo America in Chicago.

Until this spring, I had never heard of Book Expo America (BEA), the largest book industry convention in the country. But after I independently published my own book, Wait, How Do I Write This Email?, I decided to attend and use BEA as a chance to gain a broader understanding of the publishing world.

Before I left home, I made a key decision: go through the list of exhibitors one by one and make a list of the companies I wanted to meet.

BEA featured hundreds of booths, but I would only be at the conference for one day (9 a.m. to 5 p.m.). That means I had to be judicious in the booths I hoped to visit. So I went through every exhibitor, made a list of 19 I’d like to hit and kept the info on my phone for easy access. Nineteen in one day seemed feasible.

Knocked Me on My Heels

When I first walked onto the exhibitor floor, I remember saying “Whoooooooa” under my breath like an involuntary reflex. It was sensory overload.

In a room the size of three football fields, every major book publisher and distributor had a booth, but I don’t mean “booth” like a six-foot table with flyers on it. For instance, mega publisher Random House built what felt like an actual bookstore complete with shelves of its new titles and furniture to recline and read. Another publisher had a checkout line with multiple computers hooked up to make transactions — in a booth.

I was totally blown away by the size of the BEA exhibitor floor. And if I had arrived without a plan, I would have wandered the rows of vendors hoping to stumble across ones that would benefit me.

But no. I had a plan, remember? I took out my phone, referred to my list of 19 exhibitors and got to work.

One after the next, I marched up to the booths I had highlighted and did what I came to do. In some instances, the conversation was purely informational — I wanted to gain the 411 on book publishing. Other times, it was more strategic. Like when I strode into yet another massive bookstore-like booth to learn about educational resources for children. That conversation could lead to a cool partnership down the road.

Had I not researched the company before I came to BEA, I may have never found its booth. Again, three football fields of exhibitors.

By day’s end, I was completely spent. For starters, I left home at 330 a.m. to fly to Chicago and was running on pure adrenaline as I traversed the exhibitor floor. I must have covered five miles in the course of the day. Around 330 p.m., I took a seat to collect myself, reviewed my “must-see” list again and realized…I had visited all 19. Mission accomplished!

For the remainder of the day, I took a more leisurely approach and ambled into other bookstores like a tourist and not author/publisher.

I left BEA exhausted but victorious. I had a strategy going in, stuck to it all day, held great conversations and made key contacts. The exhibit floor could have overtaken me (especially as a first-timer to the conference), but my preparation won out.

The next time you attend an industry conference or trade show, review the exhibitor list beforehand — one by one. To have seemingly every important “player” in your industry in the same room? It could be game-changing for your career.

What’s your approach at conference and trade shows? How do you maximize your time?

2 Words Every Public Speaker Should Avoid

Do you use them?

Bringing my templates to classrooms nationwide.