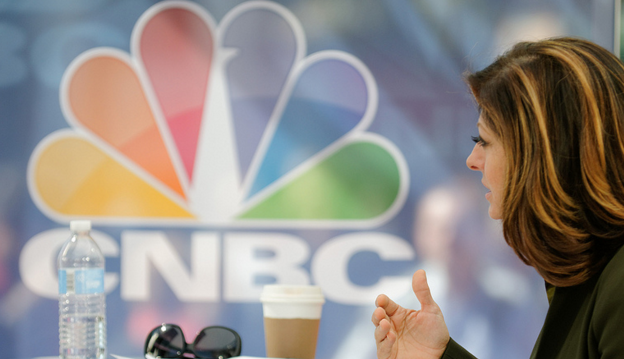 By and large, CNBC screwed up the Republican presidential debate on October 28. Pundits on the left and right criticized the network for asking snarky, unnecessary questions.

CNBC’s John Harwood came at Donald Trump with: “Let’s be honest. Is this a comic-book version of a presidential campaign?”

As soon as the debate ended, the CNBC moderators came under fire, and the network’s reputation suffered mightily. Meanwhile, Fox Business (CNBC’s main competition) prepped for its own GOP debate in early November. After watching the CNBC debate, Fox made certain to focus on more substantive issues (ex: economy) and not “gotcha” questions.

Sure enough, the media generally praised the Fox Business debate. Why?

For many people, listening to their own voice makes them feel funny and awkward. They often say, “Ugh, I can’t believe I sound like that!”

Unless you work in broadcasting or regularly deliver speeches, you rarely hear yourself except maybe snippets in a cell phone or YouTube video. What I mean is you probably don’t listen to yourself in a professional context.

I know it’s painful, but you need to to hear yourself talk. As I promote my book, Wait, How Do I Write This Email?, I’ve had opportunities to do podcasts, radio interviews and in-person appearances. Each time, I ask for the recording (and, when available, video) and listen/watch all the way through.

Why listen to myself? Several reasons. I want to see if:

My takeaway from the Gen Y Success podcast: at times, I spoke too fast and needed to slow it down.

No big deal. I’ll get it right the next time.

Let me be clear: I’m not listening/watching because I’m in love with my own voice. I’m determined to make each speaking opportunity better than the last one. The only way is to (gulp) scrutinize every performance.

What you can do

The next time you have a speech or presentation, record the audio (and maybe video too) at your desk. Stand up when you read because it gives your voice more energy.

Then, press play and listen.

How we sound to others makes a huge difference in our careers. Job interviews, networking, phone calls. All the time. Remember: confidence is king.

Bottom line: don’t suffer the same fate as CNBC debate moderators. Learn from mistakes, accept you have room for improvement and the next time around, you’ll say all the right stuff.

Do you have public speaking advice?

Why You Need to Trust “The Process”

You can’t rush your destiny.

How to Write an Impressive LinkedIn Company Page Description

Your core mission in about thirty seconds.

Danny Rubin’s #PersonalHashtag Going Strong — and Yours Should be Too

Show the world your best moments.