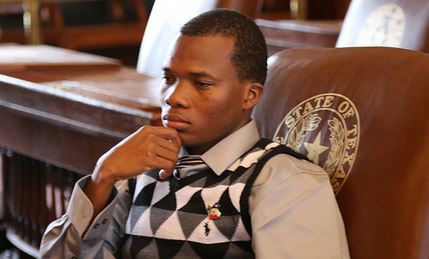 Leadership isn’t a gift from birth or trait few possess. It’s the willingness to step up and assume responsibility when others don’t or won’t.

Take, for instance, the situation in England right now where doctors at the University of Oxford seek brave souls to test an ebola vaccine. The deadly disease has already killed more than 1,500 people in West Africa. That’s why the medical community needs willing participants to come forward and say the one sentence that changes everything.

Once a person takes on the responsibility — and removes the burden from others — the dynamic in the group shifts. Implicitly, the ebola volunteer transforms from a face in the crowd into someone much greater: a genuine leader others respect.

[quote]Leadership isn’t a gift from birth. It’s the willingness to assume responsibility when others don’t.[/quote]

You can become a leader today

In the professional world, we hold the word “leadership” on a pedestal. We offer conferences, seminars and (expensive) courses on “leadership development” and investigate the concept from every angle. As a country, we spend millions each year dissecting its true nature and how to once and for all become a “leader.”

So much time and energy on what it means to be a leader when, in actuality, the path to leadership requires no formal training. Even the ability to lead a group and inspire others — all you need to do is observe people in your company who do it well.

One simple sentence. That’s what it takes for others to view you as a leader of the group.

Oh, sure. Most people are delighted to give you their opinion. They’ll wax all day on what they think about this and that. If you’re lucky, they might even offer ways “we” (as a collective unit) can make a difference.

But when it comes time to dole out the duties — boy, the room gets awfully quiet. That’s because actual work is difficult and taxing. Who would voluntarily add more to their plate?

You would, that’s who. Because you know the secret sauce. You understand the one sentence that’s worth more than all the hot air from a planning or strategy session. You say “I’ll do it” and leadership becomes you. It’s an effortless transition and one the entire group understands: you put in the hours, and they didn’t. You, then, gain authority.

See: What the World Needs from Every 20-Something

You are new to the work world. Older co-workers assume your best asset is to sit quietly and watch the “adults” do the important business-y things. What a revelation when you, the rookie, jump into action with a confident “I’ll do it.”

And then when you follow through and create the onerous PowerPoint presentation no one else wanted to touch…look out! That’s when your boss starts to talk about you openly as a “rising star.”

All you had to do was step up and complete something tangible. Remember, grit is worth more than talent.

So go ahead and study leadership. Examine the concept inside and out. Spend time and money to fully explore its essence.

Meanwhile, other people are out there being leaders by doing the necessary work others avoid.

The only sentence you’ll ever need.

What do you think defines a leader?

How to Ask for a Networking Meeting with a Coworker

How to Write a Sharp LinkedIn Professional Headline

How Leaders Can Under Promise and Over Deliver

Description of a rule