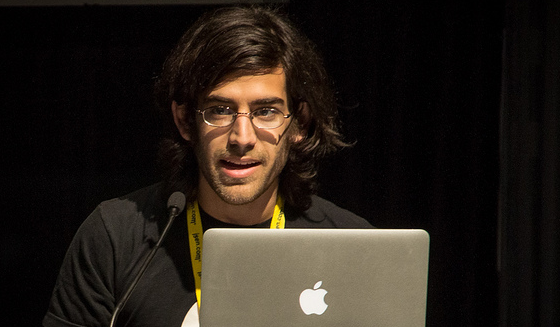 You may not know the name Aaron Swartz, but you definitely know his impact.

Ever seen one of these icons?

It’s the symbol for an RSS feed, or Really Simple Syndication. RSS feeds are a way to show content without having to visit the actual site to get it. At just 14, Swartz helped to develop the software that created RSS feeds. Last Friday, at 26, authorities say he committed suicide in his Brooklyn apartment.

Swartz was awaiting trial for stealing 5 million articles from a computer archive at the Massachusetts Institute of Technology (MIT).

Since his death, many tech luminaries have written about the boy wonder and his contributions to the Internet.

Aaron Swartz, 26, helped to create RSS feeds. The Web pioneer was found dead in his apartment last Friday. He was facing a trial and potential prison time for stealing information from MIT computer archives.

What Aaron Swartz Means for All of Us

Swartz also co-founded Reddit, which has grown into one of the largest social media sites on the planet. In December 2011, the site had two billion page views. Reddit allows users to submit content and then have the community vote ‘up’ or ‘down’ on its popularity.

There’s also an interesting careers section that everyone should check out.

On the Reddit ‘Jobs’ page, people have really candid conversations about their struggles and challenges in the job market.

– Balancing Work and Academic Experience in a Resume

– Got fired from my first real job. How do you rebound from this?

– Answering tough questions carefully: “are you willing to relocate?” & “why would you want to leave your current job?”

To join the discussion, you need to be a member on Reddit, which is easy (see the ‘want to join?’ box in the top right). You don’t need to be a registered user if you only want to read.

Officials will now investigate Swartz’s death to determine why he took his own life. The impending trial, potential prison time and a history of depression (which he wrote about on his blog) may have all contributed.

With RSS feeds, Swartz took the Web from a static environment to one that lets us to share content seamlessly. With Reddit, he built a community for people to laugh, play and solve life’s tricky issues.

Although Swartz died at only 26, the prodigy leaves behind a lifetime of accomplishments.

Do you already use Reddit? What do you like about it? What are your favorite topic pages?

Subscribe via email to News To Live By and get all the latest columns PLUS ‘News You Can Use’ from around the Web.

You will get knocked around. Plus ten more positive effects.

No, “myresume.docx” will not cut it.

The #1 Thing an Intern Should Never Do

The Asiana Airlines crash was bad enough. Then a summer intern had to go and do this.