On October 20, the world lost Oscar de la Renta, an incredibly talented and uniquely gifted figure in the fashion world.

Hang on. Let me fix that sentence.

On October 20, the world lost Oscar de la Renta, a talented and gifted figure in the fashion world.

If de la Renta, whose name became synonymous with glamour and style, was “talented” then it’s assumed he was also incredible. We don’t need both words.

As well, “uniquely gifted” is redundant. Gifted people are unique. One word will do.

I used to be a fan of adverbs, in particular “ly” words. I would add them all the time for emphasis, as if the adjective alone wouldn’t cut it. But I’ve had a change of heart. In most cases, I think adverbs are useless and take up space.

[quote]Like the kid at prom who reeks of cologne, adverbs try too hard to impress.[/quote]

Resumes, cover letters, emails…”ly” words are all over the place. And today, it’s time we say goodbye.

Oh, and adverbs like really, quite, however and always can go. Often. There’s another one!

More adverbs on this page.

The adverb is dead, long live the adverb! 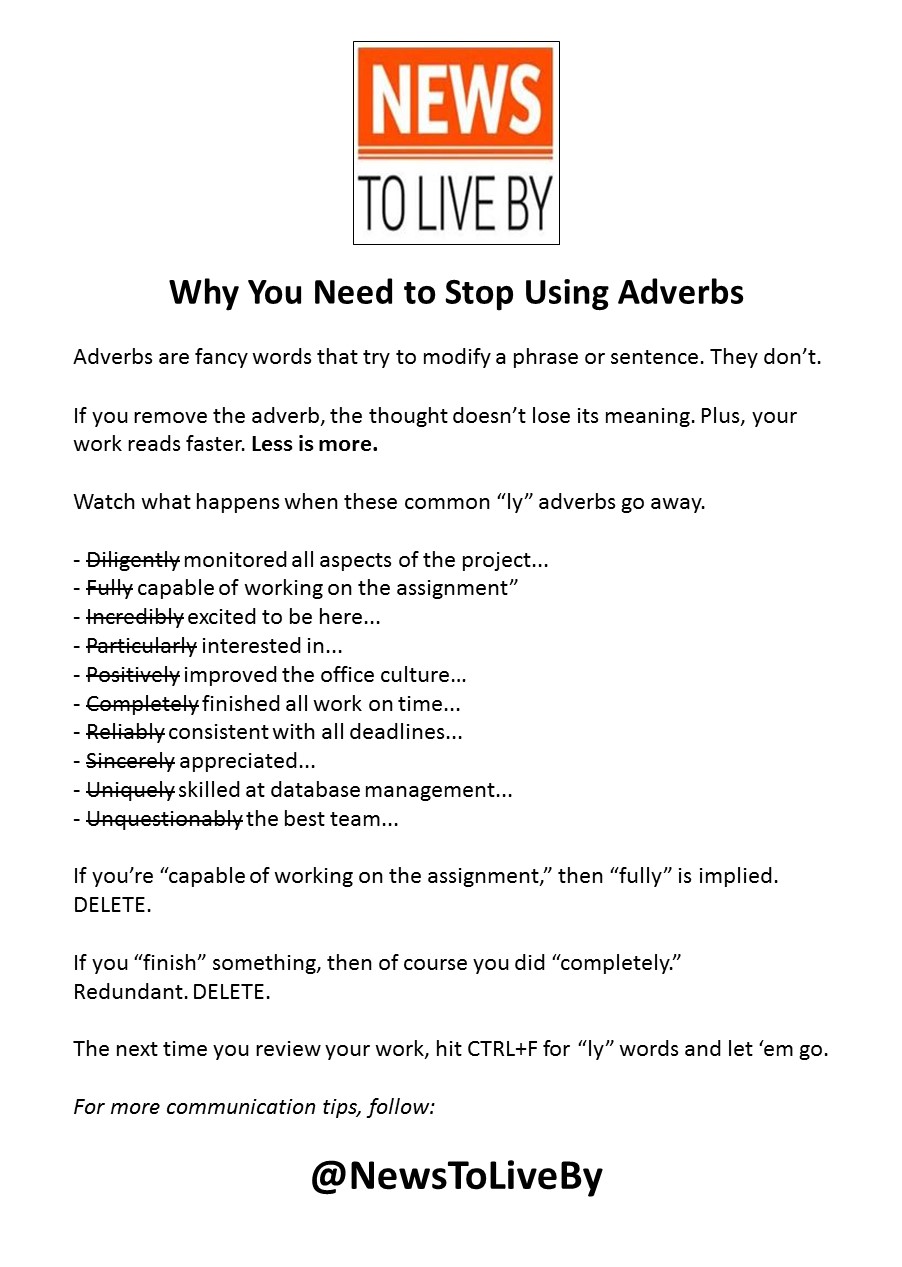 Why Every Leader Should be a Name-Dropper

Show the love to those who deserve it.

Don’t lose the respect of your employees.

LinkedIn Profile Summary for a Recent Grad Who Needs a Job

The “please hire me” template.