The 2013 Grammys were humming along as usual on Sunday night when, without warning, the screen went black and white.

Then, JT strutted on stage in a tuxedo to belt out his latest hit ‘Suit and Tie.’

Justin Timberlake is on a mission to make suits and ties cool again, and he probably has enough star power to pull it off. His Grammy performance was a throwback to the big band era and a time when dress clothes were de rigeur.

In other words, anybody who was anybody wore them.

JT knows that to make an lasting impression, you gotta show up in a suit and tie. If you happen to be the most overdressed person in the room, even better. So if you’re in the job market and prepping for an interview, there’s only way to go.

Job Interviews: The Case for a ‘Suit and Tie’

Sure, you’re ultimately hired (or not) based on your resume and interview performance, but how you dress also matters.

CBS has a new reality series called ‘The Job’ that airs on Friday nights at 8 pm, and you should start DVR-ing it. The show is full of tips and tricks to master the job search process.

In each episode, a group of contestants battle for a single position. In the series premiere, the ‘dream job’ was assistant manager at the swanky Palm restaurant in New York City. One of the challengers, 25-year-old Anthony Hollinrake, came to a night of work at the Palm without a suit and tie. 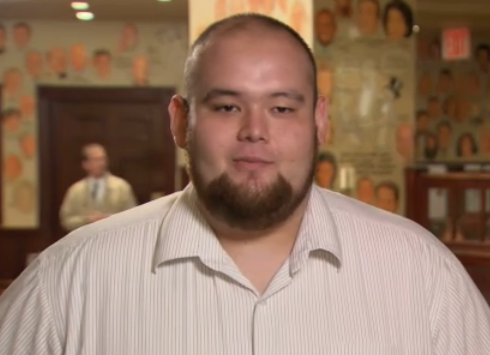 Hollinrake didn’t land the job at the Palm, and the judges said the decision to not wear a suit and tie hurt his chances. Hollinrake aced all of the other tests; he took orders properly, poured wine without spilling a drop and treated the Palm’s elite clientele with utmost courtesy.

As strong as he was, the casual attire may have done him in.

When In Doubt, Step Up Your Game

If you want the job, dress for it. If the rest of the office prefers jeans and sweaters, put on a suit anyway. The boss might say ‘You really didn’t need to wear that,’ and you’ll feel a little embarrassed. So what.

Deep down, the boss is also thinking, ‘Wow, this guy is serious about the job.’ A strong interview and a sharp look = killer combination.

To put it another way: if Justin Timberlake needs a suit and tie to make everyone stop and stare, the rest of us do too.

‘The Job’ asked executives at the Palm for more interview techniques that get results:

What was your favorite moment from the Grammys? Do you think anyone got snubbed?