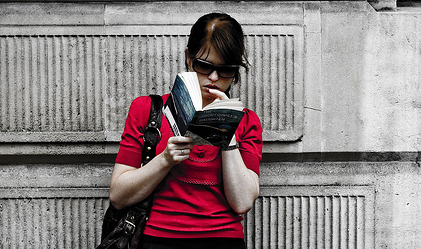 There are a lot of Web sites for news but only one that’s guaranteed to make you smarter.

The Economist, a weekly British magazine that covers the world (literally), has some of the most polished journalism around. Not only is each article thoroughly researched, but the writers have a supreme mastery of the English language.

If you read three Economist articles a week, you will boost your vocabulary. Period.

Because that’s all The Economist will give you for free online.

Still, it’s more than enough to make you a stronger writer and speaker.

Here are this week’s three examples (tough words in bold). Time to break out the dictionary.

1. Tech Giants at War: Another Game of Thrones

The sequence of doorstop fantasy novels that George R.R. Martin began with “A Game of Thrones”, and which HBO has now turned into a hit television show, provides the sort of immersive experience of an alien world that has always been popular among techies. But these days the escapism they offer may be tinged with an eldritch sense of recognition.

Doorstop fantasy novel: a book so big that it can prop open a door

Immersive: stimulation for a number of senses

Escapism: using your imagination or entertainment to avoid reality

2. On the Prowl: Profiling India’s Most Unexpected Politician

Without an outright majority in either house in parliament, Congress had to do some adroit alliance-building. Mr Chidambaram is not known for that…Yet his bedside manner is improving, says a close observer. At an all-party meeting this week he cajoled and coaxed with aplomb.

3. The Gaza Crisis: Will the Ceasefire Lead to Peace?

Everyone knows that a single impetuous action deemed by one side to flout the agreement could set the cycle of tit-for-tat violence spinning again. The bombing of an Israeli bus in Tel Aviv on November 21st, wounding a score of people, momentarily threatened to scupper the deal.

Tit-for-tat: an equivalent given in return

Score:  a group of twenty

Whew. A lot of random words there. But they’re all really good ones, the kind you saw on the  SATs and said ‘Ah, I wish I knew what that meant!’

The Economist is great for learning new vocab because it gives you the words in context. That way, it’s much easier to understand their meaning.

A subscription to the magazine ain’t cheap (although I highly recommend it). For starters, three articles a week will suffice. Added bonus: you learn about all kinds of interesting stories from around the globe.

So bookmark The Economist and start reading online. It’s the most astucious way to spend 10 minutes.

That means intelligent (I looked it up).

What’s your favorite big, fancy word to use?

It’s the smartest way to get your news.

How to Use Google News to Dominate a Niche Topic

Major baseball players and their ‘roids have it all wrong. Here’s the smart (and legal) way to get stronger on the job.

How to Sound Your Best in a Phone Interview