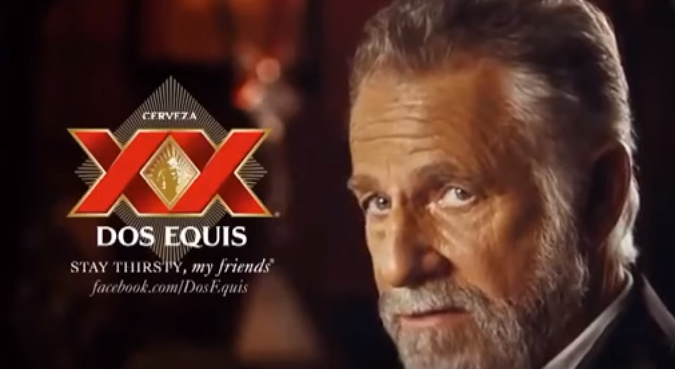 “The Most Interesting Man in the World” has one more fact to share about himself.

Alas, actor Jonathan Goldsmith, who has starred in the Dos Equis commercials for nine years, will step aside later this year so the company can introduce a newer, younger “Most Interesting Man.”

Some of Goldsmith’s best lines (in my opinion):

The commercials are hilarious, and I’m glad they will continue. And once they do, be sure to take note of a business lesson hidden inside the ads.

A “Most Interesting” Case Study

Case studies are the best place to demonstrate how we deliver for our clients. Too often, though, we forget to include details that make a case study meaningful.

For example, it’s nice that Dos Equis created someone called “The Most Interesting Man in the World.” But the ads come alive when the narrator says one-liners like, “His ten gallon hat holds twenty gallons.” It’s the details behind the “success” that prove his value.

Same goes for case studies. It’s easy to tell the reader you do great work for clients, but the specifics of the project make you credible, believable and “interesting.” Also, remember you’re telling a story, and it should keep the reader’s attention all the way to the end.

More: Why you need to tell stories in your cover letters

How to write an effective case study

The best way to lay out a case study is in six parts:

For the scenario below, imagine the company, ABC Events, handles event planning for corporate clients.

“ABC Events was a terrific partner for our annual company meeting. I recommend them for any corporate event, big or small!” — Derrick Johnson, CEO of Acme Corporation

Brief Description of the Project

Plan and executive a three-day company wide annual gathering for Acme Corporation, which manufactures car parts for retailers across the Midwest.

In March 2016, Acme Corporation approached ABC Events with a unique situation: stage three straight days of catering and events for a company-wide annual meeting near Cleveland.

Acme had never done a three-day annual meeting, and its team was concerned an event planning company wouldn’t be able to handle the logistics and all the moving parts (over 600 employees). We told them about the many corporate clients we’ve worked with, built Acme’s trust and got to work. The annual meeting was only two months away, so we needed to act quickly.

We began with a comprehensive planning session at Acme offices to understand the annual gathering — to be held at summer camp near Cleveland — and set expectations for the role we would play. From there, we put our team in three clusters: catering, audio/visual and general logistics. Each group held weekly check-in calls with Acme so we covered every minor detail and nothing slipped by.

The three-day event was a significant undertaking. We had to plan out 12 meals, assemble chairs and tables five different times (for 600 people) and set up audio/visual equipment for seven different breakout sessions. A week ahead of the annual meeting, our team decided to meet at the camp site to scope everything out.

As the gathering approached, we felt we were ready.

The three-day annual meeting was nonstop action with people coming and going in all directions. But since we had prepared so hard over the previous two months, everything went off without a hitch. In fact, during one of the breakout sessions, in which we had planned for a single guest speaker, three people arrived to be on a panel. Good thing we had extra audio equipment and quickly created an audio system to support three microphones.

As for the catering? Each day, the hot food stayed hot. And the cold food (like late-night ice cream) didn’t melt. Acme CEO Derrick Johnson and his team raved about our service and told us we put to rest any concerns about managing the large-scale event. In fact, they’ve already hired us for next year. Mission accomplished!

Does your company have a great case study?

Link to it in the comments!

More than one apple becomes “apples” — not “apple’s”.